Who is Mark Hughes?

Mark founded Herbalife in 1980 when he was just 24 years old. The company’s goal was to market healthy weight loss products and generally change the nutritional habits of the world.

Even though Mark started out selling his first product, a protein shake, from the trunk of his car – He had a much bigger vision in mind.

He soon developed a direct-marketing plan that incentivized “distributors” to market the product to new customers by word and mouth as well as build a team of sales reps.

Today Herbalife does Billions of dollars per year in sales and helps millions of people around the world achieve optimal health.

Mark Hughes Legacy has continued on in the company by the valuable sales lessons, quotes mentorship he provided to millions!

“Care more about others and you will be taken care of.”

“Your success is only limited by your own imagination and your hard work.”

“A leader is one who knows the way, goes the way and shows the way.”

If you like these Mark Hughes Quotes, you may also want to check out “Mark Hughes Top 36 Beliefs“ 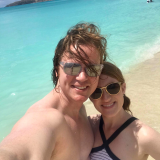